NILS had a tanabata festival!
Students enjoyed making various wishes – ” May pass N1!” “May improve my Japanese skills!” “May my family be happy!” We hope students’ dreams will come true.

Also students made origami paper crane. Though it was a bit tough…, teachers helped and students managed to make it. 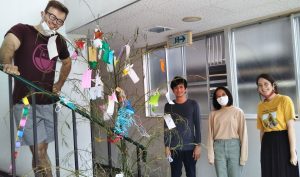 Here is students’ impression of this event.

We learned about Tanabata(七夕), the day that commemorates the meeting between Princess Orihime, a weaver, and her husband Hikoboshi, a cow herder. Also known as the Star Festival, it is derived from Chinese mythology and first appeared in Japan during the ancient Nara period(710-794). Legend has it that Orihime and Hikoboshi were exiled the opposite ends of the galaxy by Orihime’s father for neglecting their duties. He allowed them to meet only once a year, on the 7th day of the 7th month of the year.

We celebrated this day by folding star origami and writing our wishes on tanzaku(短冊) and hanging them on bamboo. 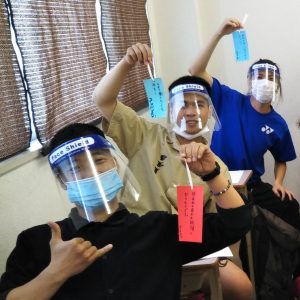 Tanabata Festival is in Hong Kong, but it’s just a love story. I think the story itself is the same in both the Japanese and Hong Kong ones. But we don’t write strips of paper or fold paper cranes in Hong Kong. So this Tanabata event was very interesting and a new experience for me. The name of the main character in the Tanabata story is different from Hong Kong. In Hong Kong, Hikoboshi(彦星) is called Ushirō(牛郎), and Orihime(織姫) is called Orime(織女). There are other cultures that are similar and I hope to find them. When I go to university, I would like to study Asian culture with the theme of Tanabata. 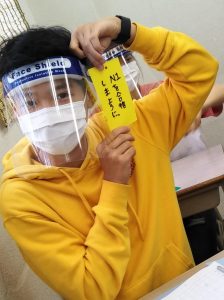 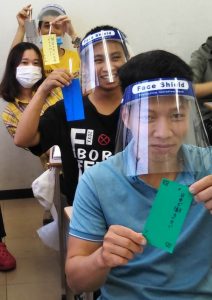