※Japanese sentences in this blog are for advanced Japanese learners

Hello everyone. The spring season has arrived in Japan and the cherry blossoms have begun to bloom.

This is an important month in Japan as it marks the end of the year. 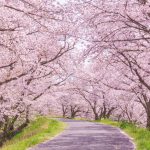 Today, I would like to introduce a word which is commonly used by young Japanese people, “○○推し(oshi).

The word “oshi” originates from the Kanji, “推” in “推薦(recommendation)”.

I am a fan of Shota. (私はShota推しです。)

It means that you are a fan of all the members of the group.

It means to switch your ”推し”.

Mika) You went to Japan 1’s live concert! How was it?

Lina) It was great! Shota was cool, but Jun was way too cool!

It means that people who have the same “推し”.

Lina) My 推し is Shota.

Mika) Eh! I like Shota too! He is so handsome, right?

Lina) (Oh…She also like Shota… somehow, I just don’t like the fact that we both support the same member) I see! That’s right~ (umm…)

Do you have a ‘推し’? Let me know your 推し’s name and what you like about 推し in the comments!

⇓⇓ Do you want to join us? Please click here for details! ⇓⇓