Awesome People from our Town, Fukuoka

For those people who adored Dr. Tetsu Nakamura, December 4th is seared in their memories. 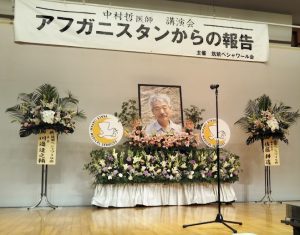 On that day two years ago in 2019, he was gunned down by someone and lost his life in Afghanistan. He had been doing humanitarian work there in over 35 years.

There were a number of memorial services all over Japan in December. Our town Kasuga City also held a memorial ceremony to honor Dr. Nakamura’s life and to report the current status on  Afghanistan.

There were about 160 people in attendance including the mayor of Kasuga City and the mayor of a neighboring city Dazaifu. Even though it has been two years, they continued to express their sympathies and talked how much contributions Dr. Nakamura made to the people of Afghanistan. 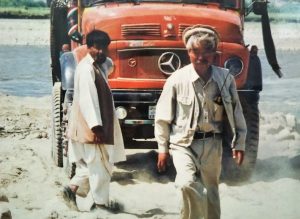 Dr. Nakamura arrived in Afghanistan in 1980s and begun providing medical services in towns where there was no doctor. In 2000, a terrible drought hit Afghanistan and over 100,000 people died of hunger. Yet, all the other countries did was to air strike Afghanistan in the name of anti-terrorism.

Dr. Nakamura understood he could not save the people with medical care and decided to dig wells and construct an irrigation canal, called Maruwa Reed Aqueduct, which draw water from Kunar River. Green fields returned to the parched earth. Plants like wheat and rice have been growing there supporting ten thousand people. 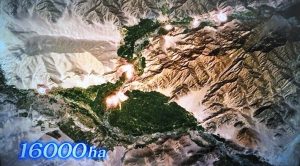 In 2021, we are getting reports that people are suffering from a worse draught than that of 2000. However, the world made a decision to launch an economic blockade wreaking a havoc on the entire economic system in Afghanistan. Even the staff at national hospitals have not gotten paid since August.

Winter is in full swing now. The temperature goes down to as low as 20 degrees below freezing. Hunger and bitter cold will hit the people of Afghanistan. This harsh condition could kill as many as 270,000 people. 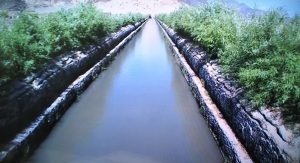 The staff of the Peshawar-kai who worked along with Dr. Nakamura are determined to continue his legacy despite risks to their lives. 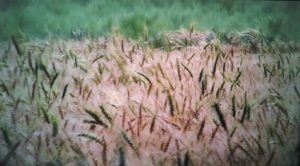 Dr. Tetsu Nakamura is from Fukuoka prefecture where NILS is located. When you come to Japan, please let us know of great men and women in your country.