A subculture in Japan: 大衆演劇

I assume you appreciate many aspects of Japanese culture.

But, there is a lot more to Japanese popular culture than just Anime.

I would like to introduce you one of japan’s subcultures.

Have you heard of a type of entertainment called (Taishu Engeki: Popular Theater)?

I bet not; since most young people in Japan usually don’t know much about it.

Before television, this form of light theater became very popular. 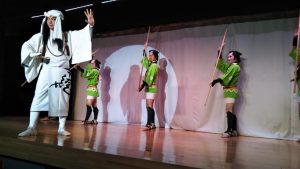 Most troupes are made of family members and go from one town to another. 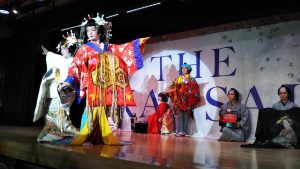 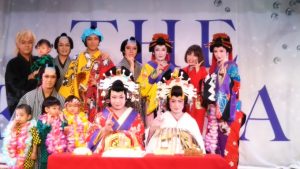 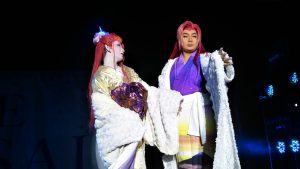 Look at this picture, they are ‘brothers’! 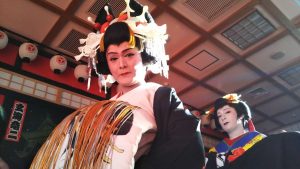 Today was a young boy’s debut.

He is 5 years old. His grandfather is behind him and his father is next to him.

They watched his performance called “Dynamite” by BTS! 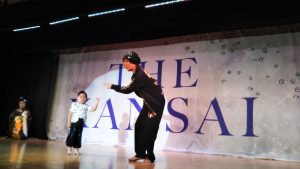 There are several theaters dedicated to （Taishi Engeki） in Fukuoka.

I hope you have a chance to visit one.

⇓⇓ Do you want to join us? Please click here for details! ⇓⇓